STATUTE OF THE SOCIETY

In 1903 the Ministry of Internal Affairs in Petersburg approved the Societies statute and provided it with a status as a legal entity. On behalf of the applicants, Mr Alfons Ziętkowski led the case. It is worth noting the suggested procedure, according to which the formal approval of the Almshouse was not decided by the city authorities (Russian, after all), not even by the governor Prowisljanskowo Kraja (country on the river Vistula) (Mikhail Czertkov at that time), but the Ministry in Petersburg.

When the authorities were asked in 1903 for permission to set up a nursery for children under the age of six, it was approved by a deputy minister of internal affairs of the Empire – Senator Durnowo. 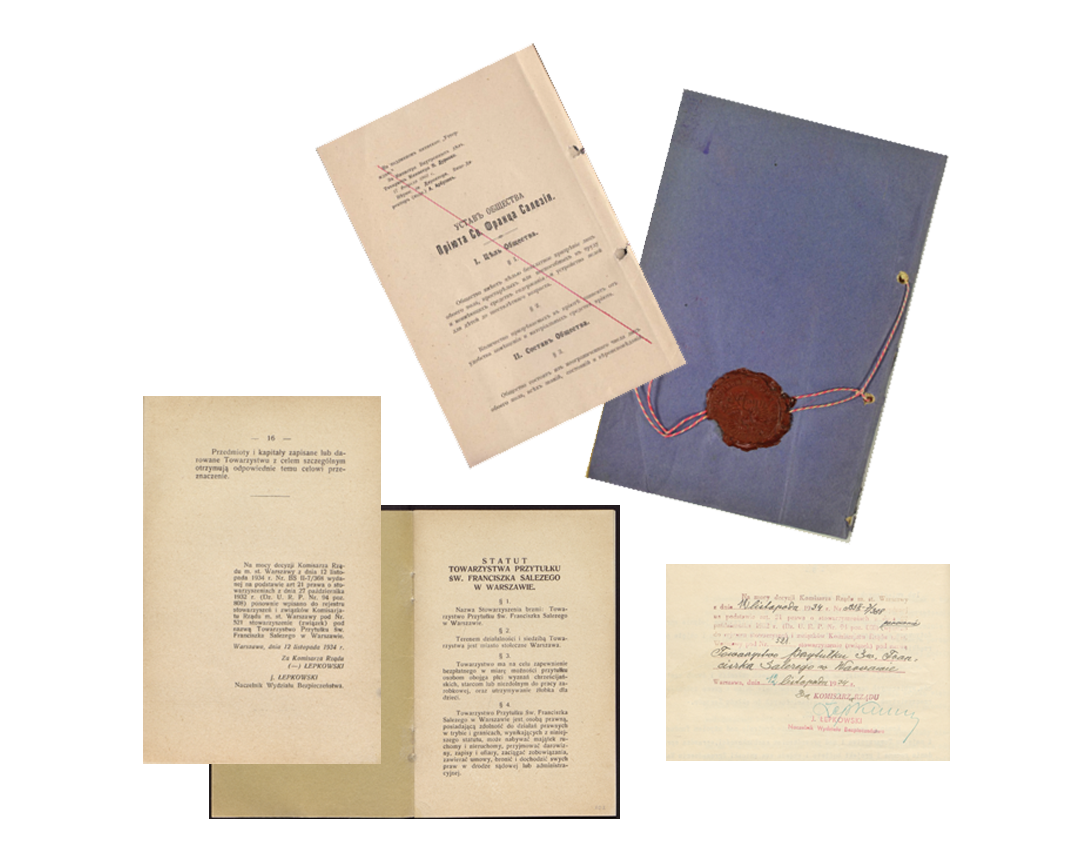