Is an organization whose primary statutory activity is, and has been for the past 100 years, “ … the philanthropic assistance to those in difficult life situations, primarily the elderly of both sexes or people with disabilities incapable of earning their living…”.

The Society has been established by a group of people involved in charity work under the name of “Saint Joseph’s Care for Poor and Children” (1882-1894), subsequently form 1895 as the philanthropic Board of Guardians of the Saint Francis de Sales Almshouse. As a result of transformations required by the law, after the approval of  statute by the tsarist authorities in 1903, the organization finally took the name of Saints Francis de Sales Almshouse Society in Warsaw.

In the foreword of a booklet about the history of the Almshouse and the Society “DOM” (meaning “home”), prof. dr hab. Ewa Leś wrote: “The culture of charity and philanthropy developed by the activists of the Francis de Sales Almshouse Society was shaped in the spirit of faith, humanistic ideals, political neutrality and professionalism.”. Further: “Representatives of different professions and social strata, religions and political views cooperated agreeably.. in order to save the weakest, to provide them with biological survival and cementing the social solidarity…”

Respectfully cultivating the culture and tradition established by our predecessors, in everyday work, we sustain professionalism and  reliability in the Societies activities. 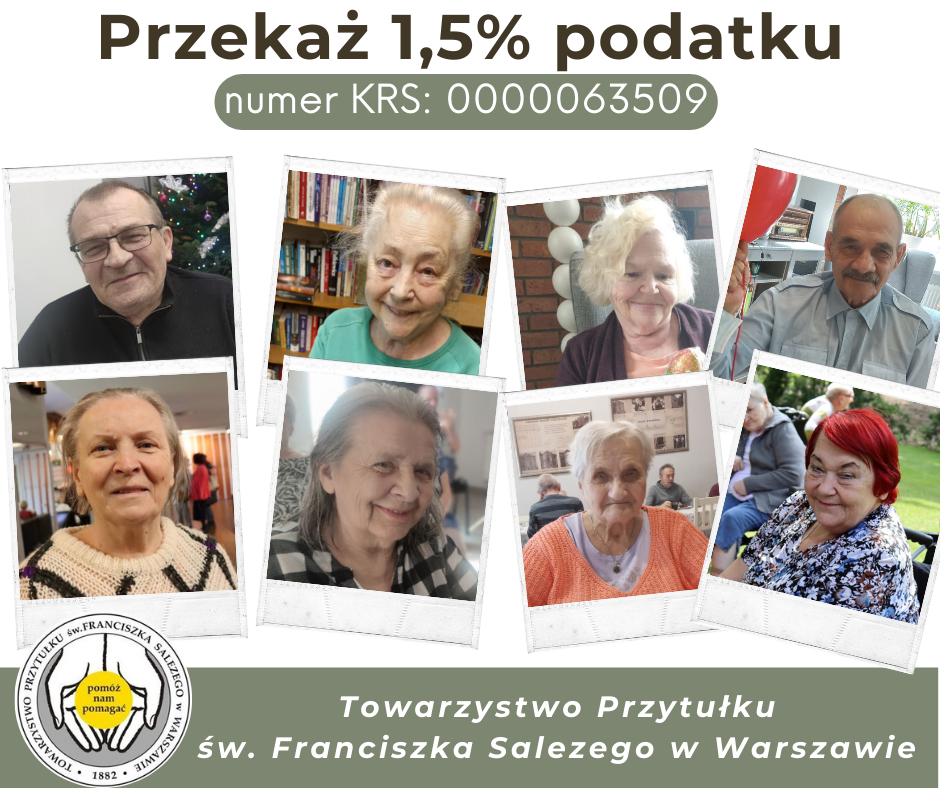